It's All Addition and Subtraction

These days when something migrates in, I try to move what it replaced, out. This of course does not work with animals or stash items, but for many other things it does.  So it was with a fiber tool I had not been enjoying. My folks gave me a Schacht Sidekick for Christmas 2015. Quality product, uses bobbins I already have with my Matchless, a known quality and a beautiful wheel. Trouble was, I never found my groove with it, so it sat, and sat and sat. It may have sat for another year or two, but I stopped in the garden of yarnly delights, the Webster's on a Saturday morning right before a spinning class. The Ashford Joy wheel was down in the classroom ready to go when people showed up. I asked if I could sneak a spin on it. HOW STUPID WAS THAT? I could have sat there spinning the whole day. Instead I ordered one and went home and listed the Schacht Sidekick. The Joy 2 arrived last Thursday and I have been thoroughly enjoying spinning on her. 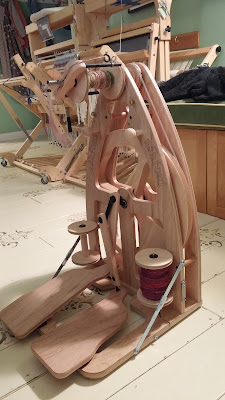 The Sidekick is heading out to her new home today.
So meet Amelia Joy. 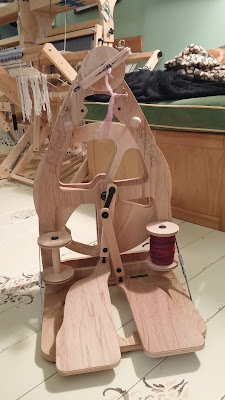 I also thought about why I don't spin more because I do find it relaxing and rewarding. The problem has always been what to do with the yarn. I will never be able to use all I would like to spin. It's the spinning I like not necessarily the knitting or weaving with the handspun. So I've decided to give away the handspun to charity knitters locally and on the blog. That has freed me up to put spinning in the daily category. Whew! And little Amelia Joy is going to love the deck I just know it!

The sewing salon has seen its usual activities, linen summer wear is making a more steady appearance.
I decided to make a maxi dress with some linen I had gotten and wasn't as fond of the color as I thought I might be. 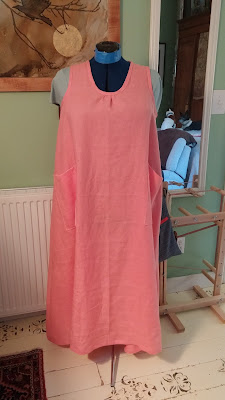 Besides being long this Kiota top ( Lotta Jansdotter's book Everyday Style)has added pleats in back which has also been modified to an almost racer back and nice roomy patch pockets. 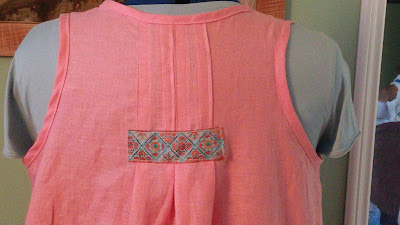 I love the feel of the fabric and I know it will be a nice garment for hot summer days. As will this crossweave linen Indygo Junction Urban Tunic. 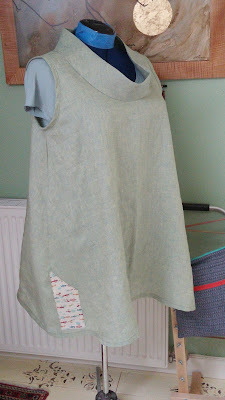 I raised the neck line but everything else is the same. Such a pretty color.

I have purged a lot of patterns over the last year or so and few have replaced those numbers, but these two have made the cut. 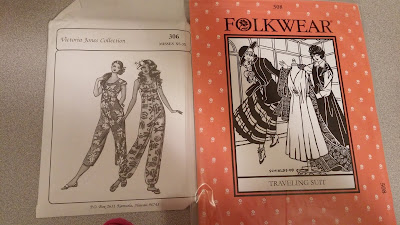 I love the travel dress and the jumpsuit pattern looks like it could be a fun make. 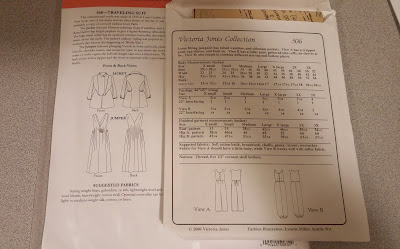 I see more and more jumpsuit patterns but I liked the unfussy style of this one by Victoria Jones.

I have also started a quilt top. I saw it in a book and fell in love. 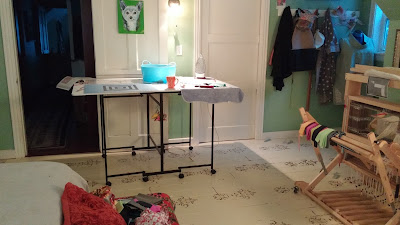 There is a lot going on here, the cut strips are hanging on the Baby Wolf breast beam, which BTW is one half threaded. Molasses ain't got nothing on me!

And the color and weave placemat warp for Fiona the wolf pup is moving along....slowly. 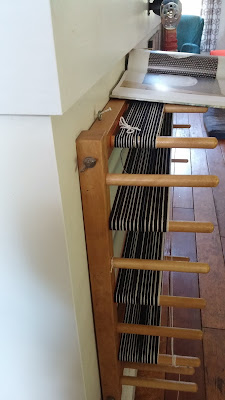 Which brings us to:
Did That Just Happen?

Now I've said on numerous times I believe that asshat in office is going to get us all killed. I'm only half kidding. Just what North Korea needs to push them over the edge,  is a huge military show of force. Their leader is more nuts than ours (maybe?), but really, I never thought I would say let the cooler heads of China have time to rein this regime in for right now.

Good-bye Bill, the world sees you for the hypocrite you've always been. Gosh, can we get Rush off the airwaves too? Hannity??

Everyone has an opinion on the bombing of Syria. For me, if you are so moved by the death of these people it shouldn't matter the means and we should be ramping up our refugee program or championing a safe zone. You can't have it both ways. And there are few things crueler than offering these people false hope. Congress, why didn't you allow Obama to do something in 2013 when it was still Russia free in Syria? Talk about spine-less wimps, too worried about re-elections. DO YOUR JOB and that means taking back power from a dangerous WH right now!

But speaking to hope, small things reaffirm our humanity and goodness. It's been a good long while since a Pope has been a true symbol of anything good and charitable, but this one is I think. 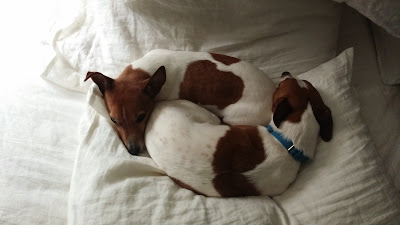 LOVE the parting shot...such peace!!! I have to admit that I have given up jumpsuits. I'm not as good at getting in and out of them as I used to be!!! LOL That new wheel is charming!

I also LOVE the first dress...coral? Even though it's sleeveless, it's just beautiful, and the color speaks to me. I might just stick a light Tshirt under it.

Non-weaver that I am, I am fascinated that you don't like to weave with handspun. My friend Sharon (In Stitches) seems to have made peace with woven handspun by using it in scarves, mostly for sale.

I'm with Peg on the coral color, and with everyone on the last shot. :-D

I love that linen dress - it looks cool and elegant. I should kick my sorry butt into gear and get sewing again, but there are so many other projects in mid-go. If I allow myself to think of that asshat and what he and his Dark Force are capable of, I find myself unable to breathe. May we all just live through the next four years. It's interesting to see that change can be made when the so-called media is hit in their wallets. That last pic is just totally adorable.

BTW, thanks for that link to what the Pope is doing for the poor. Best news I've heard in awhile!

Scary times for us all, but especially for people like the poor Syrians. I like your dress a lot and that tunic is great! I have not purchased an IJ pattern in a while but I need that one! Did you add a little insert to the lower hemline?

Martha, it's not an insert, more like a patch. I had that little bit of oddly shaped fabric and there it fit.

Michelle, I prefer weaving most things in washable materials, sturdy napery etc. and I prefer spinning wool blends. I will likely hold some back and do a little run of donation scarves under duress. This pope is easy to like and humble.

Peg, it would work well with a little T under it. I have a light little linen blend knit shrug in white that will work with it myself. Mostly I'll swan around here in it as is. I'll be a hummingbird magnet on the deck I bet!

LA, Those two are so bonded. That pic was taken when I pulled the covers back to crawl into bed. They had usurped a pillow. I'm thinking that jumpsuit will be a bit looser than shown with maybe just a bit of elastic at the back waist for shaping. Zipper instead of buttons, or my favorite, SNAPS!

I really like that linen dress. Does the pattern come with sleeve options? I suppose it could be a tunic. What's the pattern? I may do exactly what you just did - donate my handspun yarns, two bins full that would be so freeing and let me get back to spinning.

I hold my breath every day that the Donald won't blow us up. Meanwhile the EPA and department of education are gutted. Pope Francis is one of the few bright spots in world leadership IMHO.

I so agree with your opinions about 45 and the current administration and so glad you are very outspoken.
Thank you!

OH-I understand about the handspun stash and have decided to knit/weave it down this year. One of the resolutions that is in fact happening!

I, too, love my Joy. Hope you have many great years together!

Thanks for the patch idea. I really like that.

How great that you found a wheel you love and a reason to spin/what to do with the yarn and to get spinning into your life more regularly. I really wanted A Joy wheel. I love how it folds and travels so nicely. However, when I went to a shop that had it and many others, I was disappointed that I didn't love it in person. I ended up falling in love with the Kiwi and bought one. I've been working on finishing it. Can't wait to get it done and get back to spinning. I feel the same about my old ones...I'm planning to sell my Ashford Traditional and my Country Craftsman wheels. Your sewing is impressive. I love that coral colored dress. It looks comfy and the color is beautiful!