Actually I touched down back into Ashland last Wednesday, but there was a lot to catch up on. The dogs are just now beginning to allow me to move from room to room without multiple escorts. I still have Charlotte though and that is as it should be. My little Velcro puppy.

The trip was wonderful, busy, but good. I have been keeping under wraps some big changes that are coming down the pike, literally. My folks are moving to Southern Oregon. Last fall and over the winter they spent time investigating a retirement community locally and doing some comparisons with ones in MA. The Rogue Valley won out and I am over the moon to have them so close. I spent my three weeks helping with some clean out and organization in prep for the sale of their MA home and the move to their new home in Medford. I'll be keeping an eye on renovations to their new place here
and get things prepared for their arrival in mid September. Talk about anticipation. Instead of a two week visit in late October, they will be a mere 40 minutes away year round and that's a good thing. :)

Over the weekend I cleared off the Big Sal of the fugly pink warp. Later today I will switch out the sectional beam for the plain beam. That involves changing out a few other things but it all looks pretty straightforward. Since it IS a production loom, I am going to put on a pillowcase warp and see if I can't do a good run of those. The pattern itself only calls for four shafts but I am going to scan around for a similar draft for more.  Late this next week or beginning of next week I need to go to Stockton CA and pick up the little Gilmore Gem II. He'll get a towel warp on him. I have it already measured, tied and waiting!

In the sewing room I haven't even plugged in any of the machines. I petted fabric and that was about it. This week I'll get rolling on something. Heaven knows I have some beautiful and fun fabrics to work with right now.

Gene did a fabulous job on keeping the garden watered and deer free. Oh, there were a few nips here and there around the edges but the scare crow is doing its job well. It blossomed while I was gone, that's for sure. There are no parting shots but I'll leave you with some garden pics I took yesterday and catch up a bit better next post. :) 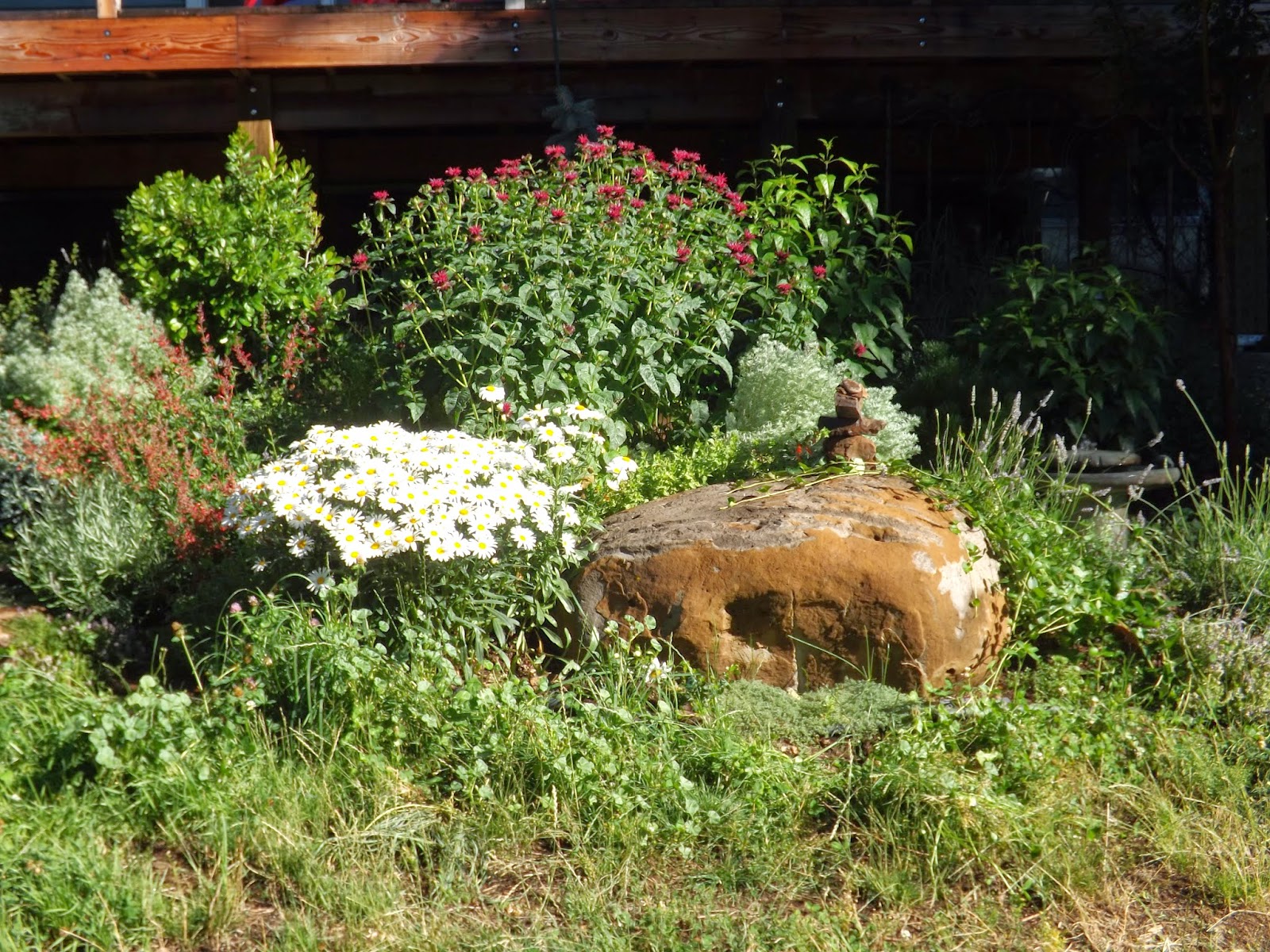 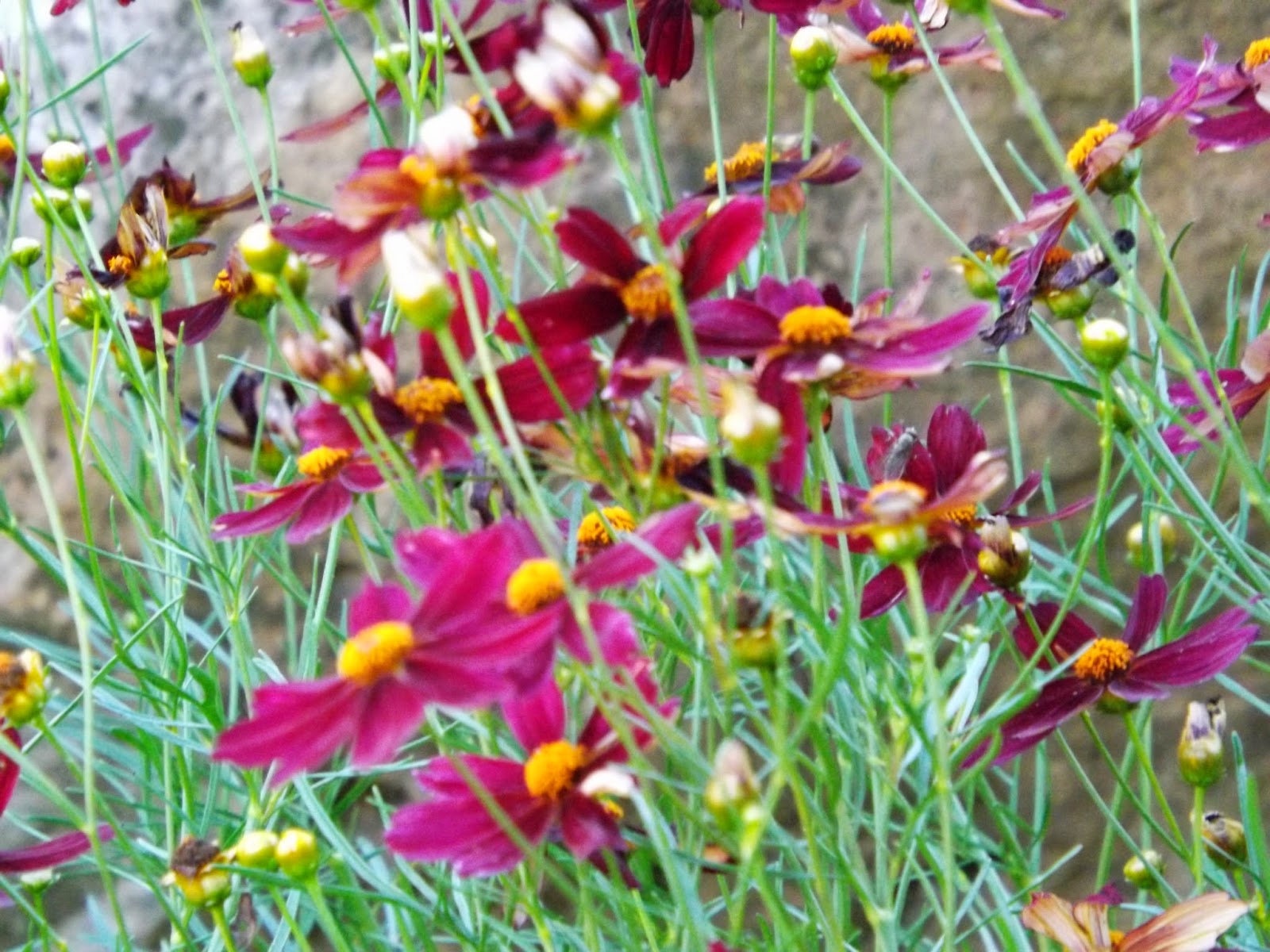 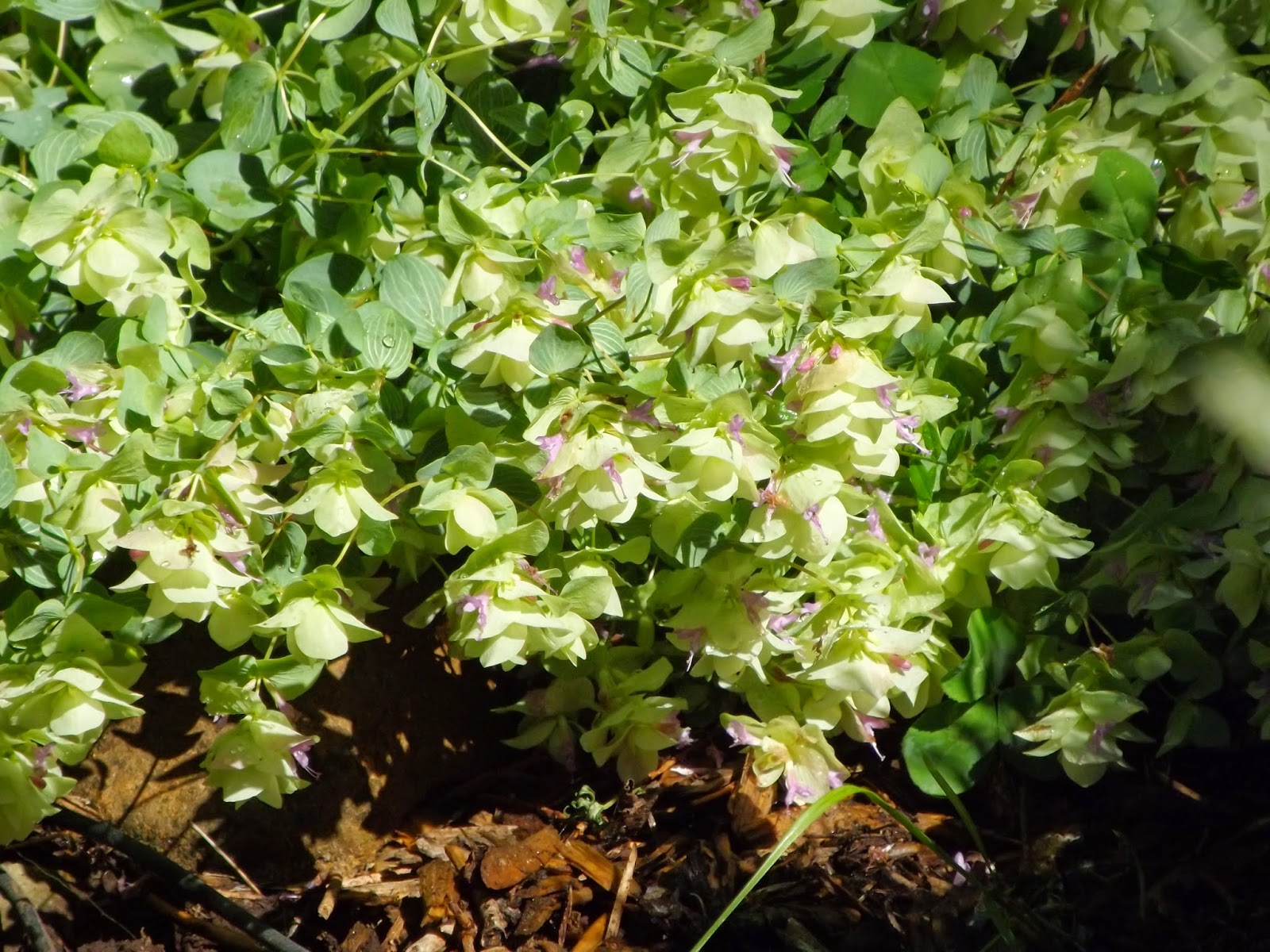 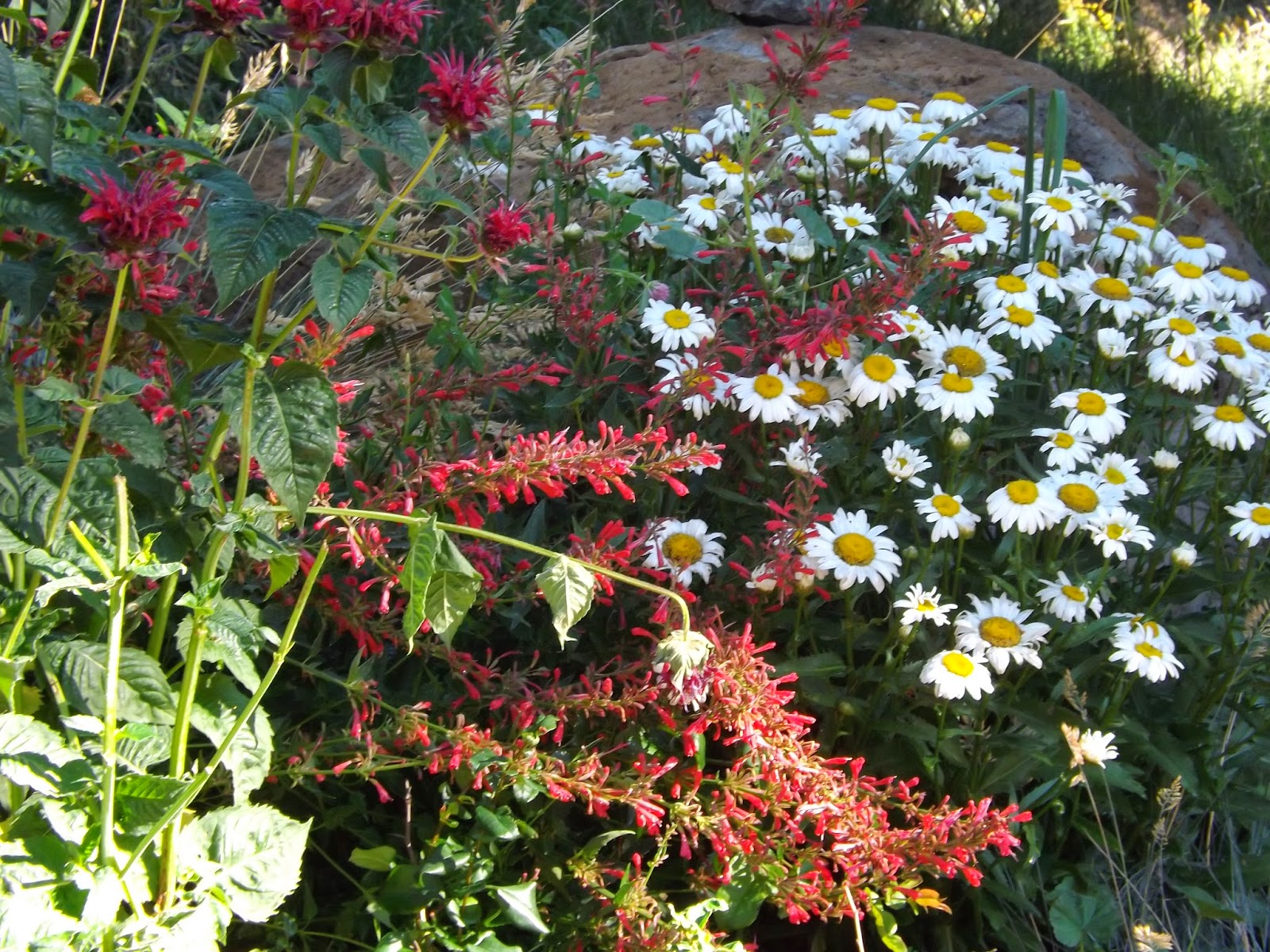 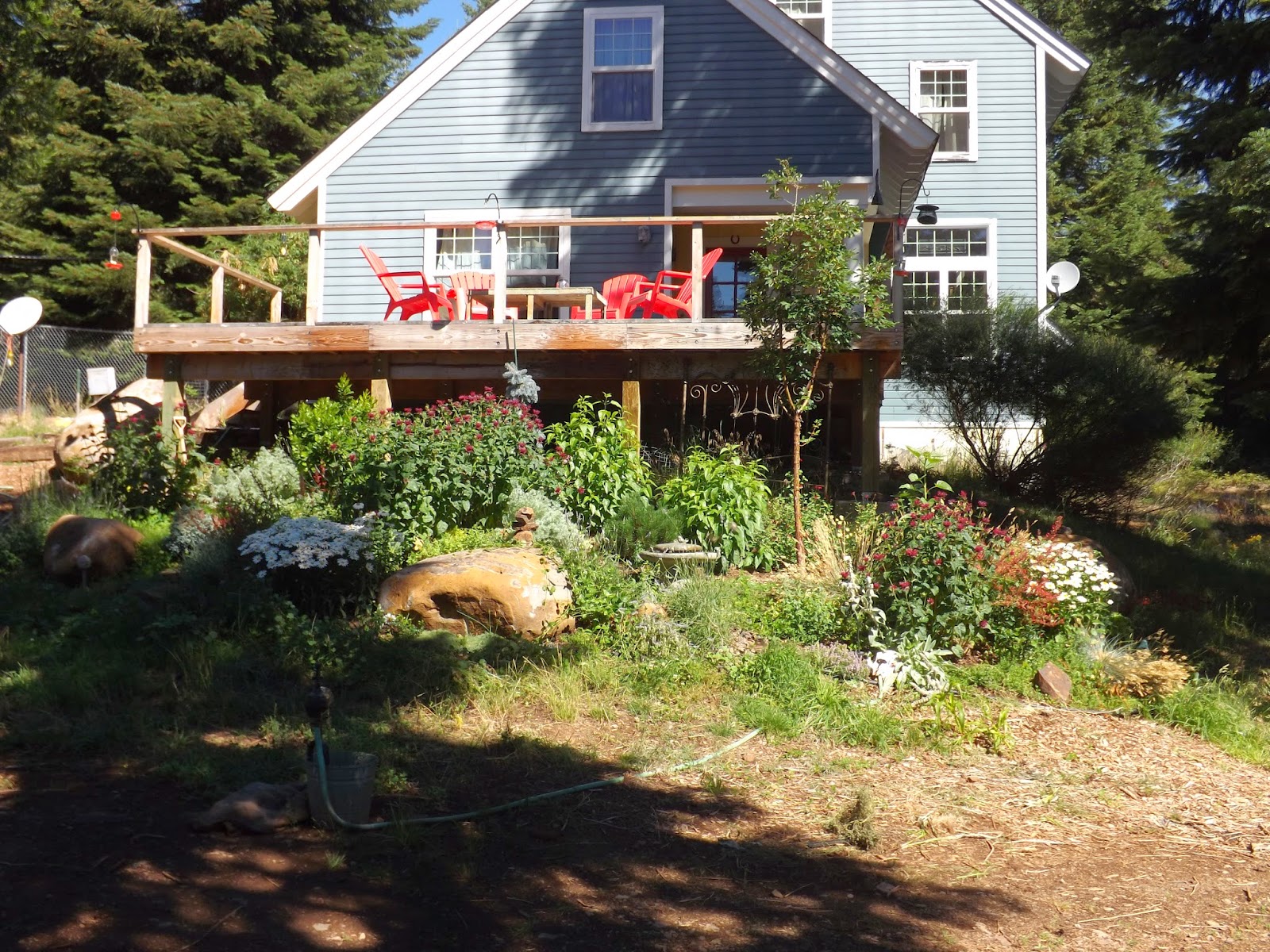 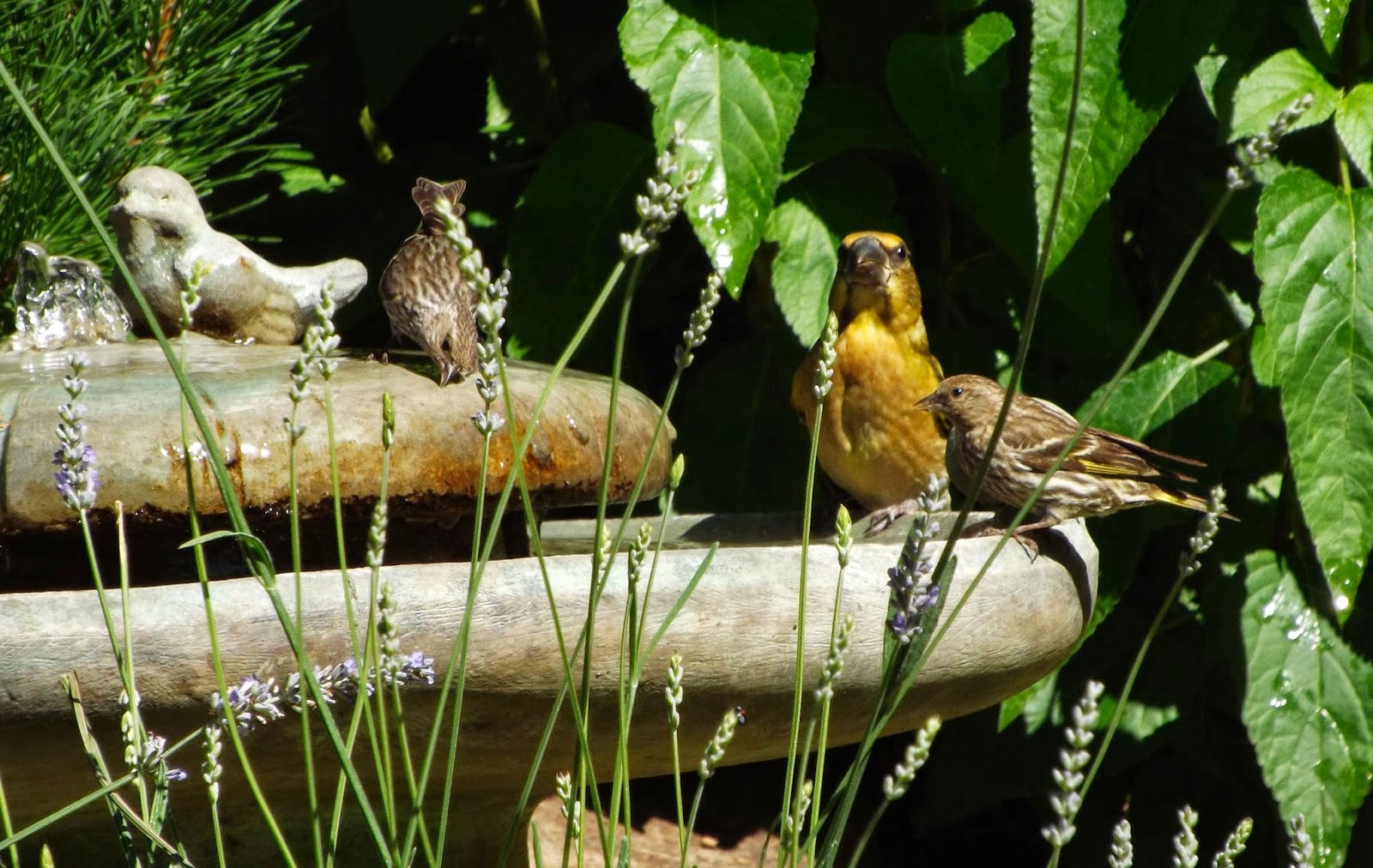 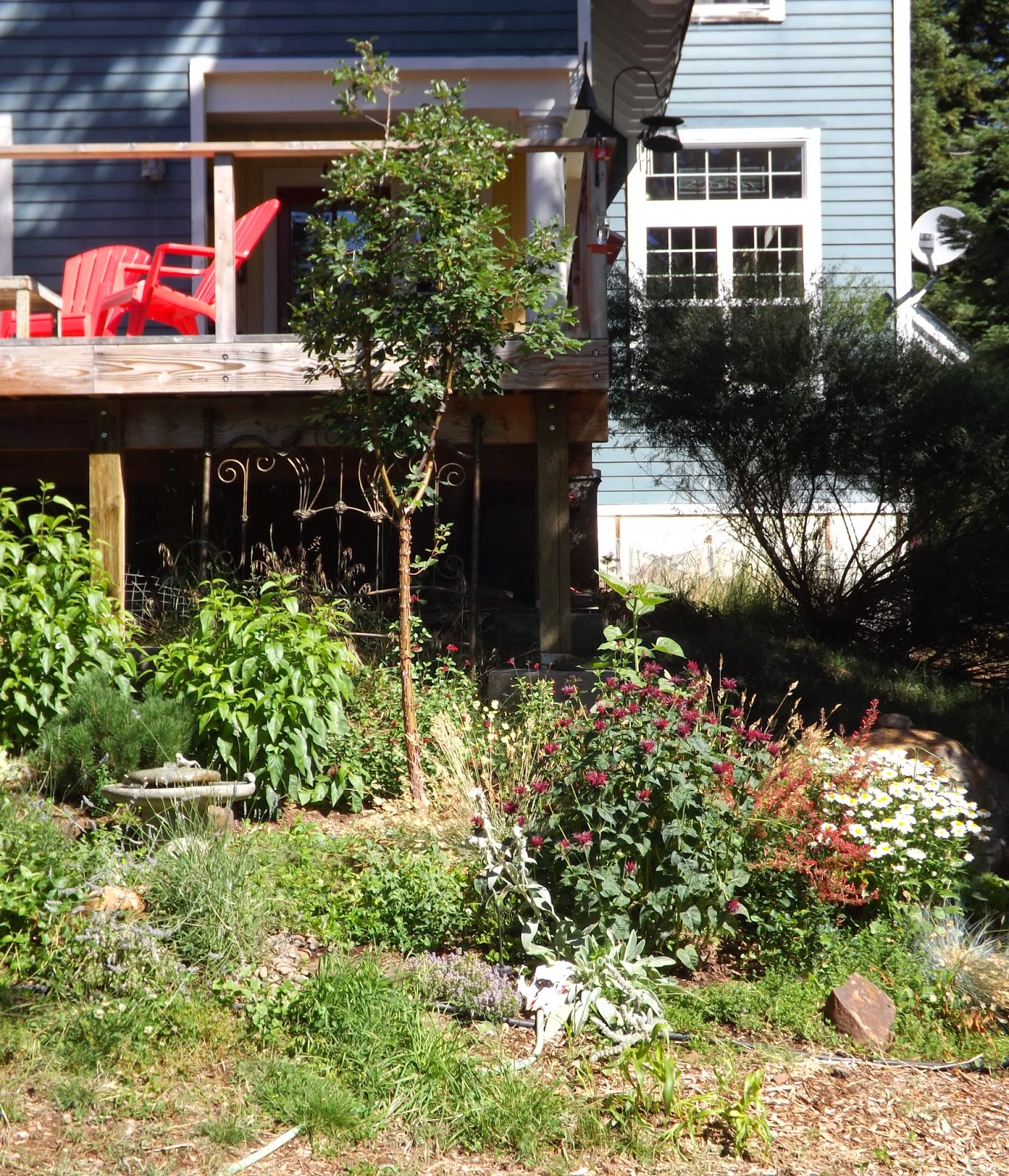